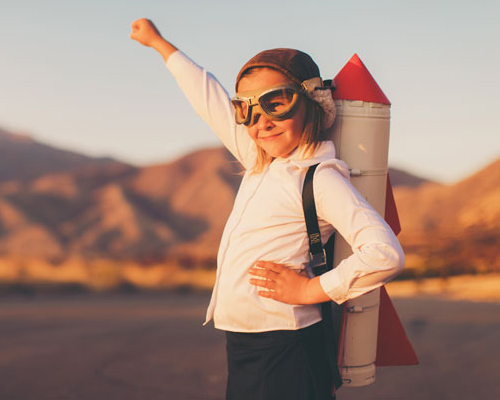 If you haven't purchased SoftMaker Office 2021 yet, you can download the free trial version here.

The November update comes with the most current version of Duden Korrektor which has yet again improved its grammar checking power.

Based on feedback from our customers, we have improved this function in the November update. Fold marks are no longer restricted to the first page of the document, but can now optionally appear on all pages, just the even pages or only the odd pages.

To set up fold marks, activate the ribbon tab Layout and click on the small triangle in the group Page setup. The dialog box Page setup will appear. Switch to the last tab, "Fold marks", and you will see all options for fold marks.

This has been improved now. If you run a manual spell check, a small dialog box appears that lets you choose between starting at the current position and the top of the document.

SoftMaker Office Professional and SoftMaker Office NX Universal integrate the bibliography software Zotero. The November update not only fixes bugs in our Zotero integration, but also adds import and export of Zotero fields in RTF and OpenDocument Text formats.

In French, certain punctuation marks such as ; : ! ? and quotation marks need to be surrounded by spaces. TextMaker 2021 does this automatically for you. With the November update, this mechanism is no longer limited to European French, but supports all styles of French around the world.

If you prefer tighter spacing, you can turn this off with the File | Options command.

When your disks are full or nearly full, Windows no longer works properly. A crash in SoftMaker Office may not always be our fault, but may be caused by Windows system functions that crash without enough free disk space.

As you might be unaware of this situation, SoftMaker Office for Windows now checks during start-up if disk space is running low and offers to run the Windows Disk Cleanup tool.

Getting the November update

If you use SoftMaker Office 2021 or NX in Windows, you receive the November update for SoftMaker Office automatically. On Linux and Mac, you can install it manually. Find instructions here.

Dave 2021-02-14 21:41
I like this product pretty much. I do wonder, though, why you insist on placing the program's settings in the Windows 10 Documents folder. This causes unnecessary clutter. There are places provided by Windows for program settings and resources like the Bullets and samples. I do programming, and it ain't that hard. I tried moving all this, and I am good at it - going through the registry and all your ini files, as well as the program directory. Upon starting TextMaker, the settings are recreated again in the documents folder. No way for me to fight this. Why is there not a page during the program setup where the USER can set where files like these, and even documents themselves are to be placed? Or at least use the Windows provisions.
Reply

SoftMaker 2021-02-15 12:12
Thanks for trying and for your post. This folder contains some fundamental settings files which are required before even starting of the program. So, one location is required for these files which is not customizable. This is just one location where SoftMaker Office store all the important files.
Reply

Steve 2022-08-08 20:09
What Dave is saying is "why don't you use the %APPDATA% folders provided by Microsoft for Application Data"?, which the SoftMaker folder in C:\Users\user\Documents clearly is.

Same for Mac, too. You could place the SoftMaker folder in "/Users/user/Library/Application Support/SoftMaker".
Reply

SoftMaker 2022-08-09 15:01
Thanks for the suggestion. I will forward your suggestion to our product management...
Reply

Roger 2020-11-28 02:05
Your product is great but my company did not buy it because PlanMaker does not allow to see two sheets of the same document side by side. ie I have a document with 12 sheets (one per month) and I want to compare 2 with 4.
It is hard to believe the lack of such feature when it is mandatory in all the places I know. Even at home!
I will be glad to try again your product when you include it.
Reply

PK 2020-11-18 20:17
Two biggest shortcomings:
- embedding ppt into docx does not work (in mac version, not sure about current windows or linux versions)
- no spell checker for Finnish
Reply

SoftMaker 2020-11-19 06:23
Please send your technical questions on the link below. Our technical support team will be happy to assist you.

Ray Parle 2020-11-14 23:41
Wonderful software, all the functions match MS Office and provide seemless transfer between the systems. The automatic update facility is greatly appreciated, as are the fonts that are available. Perfect !!
Reply

Malcolm Lloyd 2020-11-15 11:11
Do not agree that this product fully matches MS Office.
It is a good alternative for most users, but does not have all functionality, particularly in Plan.
Examples:
No option to add/remove filter button on table lists
Macro transfer possible but difficult and needs lots of customisation
No functionality such as power query/pivot to import/update and transform data from other external sources such as web sites
Reply

SoftMaker 2020-11-15 15:30
Thanks for your feedback. We are continuously trying hard to add more and more features and improve the existing.
Reply

Richard Powell 2020-11-14 23:26
If it was affordable I would buy the product but as a pensioner I cannot justify the purchase.
Reply